The Qualities All Great Chatbots Have in Common

If you were technologically literate back in the late 90s and early 2000s, you probably remember checking out SmarterChild on AOL Instant Messenger. For kids and teens, it was always fun to spend 15 minutes or so cursing at the bot to see how it would respond to aggression. At the same time, SmarterChild’s limits were obvious after a few minutes. As one of the first bots of its kind, it was useful when it came to aggregating information like any other search engine, but when it came to conversing in a realistic manner, SmarterChild noticeably fell short. After all, there’s only so many times a bot can tell you you’re being mean before it gets boring.

Surprisingly, bot technology has not come a long way since 2000, especially when it comes to the level of conversational complexity a bot can manage. In our years of experience creating award-winning bots here at CoCo, we’ve discovered a few key principles that only a few select bots with an advanced conversational capacity have in common. Our key goal is to make users feel like they’re conversing with a human. So what is it exactly that tricks the human brain into a “suspension of disbelief” – the temporary illusion that the user is talking to a person.  Here’s what we’ve learned.

Great Chatbots got A Great Personality

Much like in dating, personality can make or break your bot. The best bots don’t just have a well-defined character, they also have a consistent personality, just like a human would. Much like building a character for a TV or movie, a bot needs to have consistent traits. Its answers should consistently follow the same rules. What dialect does your bot speak? Does it speak formally or informally? However, much like with human speech, linguistic choices don’t happen in a vacuum, and the choices you make about the language your bot uses should be a reflection of the personality you create. The more you understand what your bot likes and dislikes, the better you know how to respond to a wider variety of user queries. All of these help to make a bot more relatable.

Furthermore, the best bots have real names to go along with their character, rather than simply being called a bot. Giving users a name to place with the personality will help them feel more like they’re just talking to a new friend.

The Art of Conversation

Think about the last truly great conversation you had. Can you think of what made it so great? In all likelihood, one of the most basic criteria for a great conversation is the element of exchange. As Milton Wright described in his 1938 book The Art of Conversation, the main purpose of conversing is two-fold: to reveal yourself and to learn about the other person. When you’ve created a bot with personality, it’s easy for a user to get to know the bot. The tricky part is creating a bot that takes an interest in the user. A bot like Virtual Alan Turing is not only designed to get to know the user, but it also has the ability to remember the user responses, even three turns down the line.

Here at CoCo, multi-turn conversations are a key element in how we design our conversations. Having a conversation that can maintain the context over three, four, or even ten turns, feels more lifelike, and less frustrating than a bot that can’t remember anything that was said a moment ago.

A key piece of great chatbots is offering something that users can’t get anywhere else. A great example of this is The Power Rangers Bot Alpha 5. Alpha 5 was the robotic sidekick given to the Power Rangers in the feature film that was released in 2017. Fans who had grown up with the series were mystified by this new addition to the show. However, the only way they could find out more about this new character, Alpha 5, before the movie was released was by chatting with the bot. When superfans interacted with this bot, they were able to get a first look at a picture of Alpha 5; That was content they couldn’t access anywhere else.

There’s only thing worse than having to answer a phone call at all. That is, to finally decide to pick up the phone, only to hear a pre-recorded message on the other end. The same goes for the virtual world. Nobody likes spam in their email inbox, and nobody wants a robot that sends them spam. Did you program a bot to send a broadcast message to all of its users? It depersonalizes the conversation in the blink of an eye. Only a small selection of bots on the web today are programmed to remember their users. By being able to reference previous context, a bot can make more targeted suggestions depending on a user’s personal preferences. This quality makes chatting with a bot feel more intimate than feeling like the bot is sharing the exact same message with 5000 of its closest friends.

If your bot is worse than Google when it comes to fulfilling user queries, you know you have a problem. Sure, part of holding a user’s attention is by providing information in a fun and engaging way, but delivery is worthless if it’s difficult to get the answers you’re looking for. A bot needs to be able to understand a variety of human prompts in order to efficiently serve a user. However, users also need to receive clear prompts and succinct answers in return. To truly reach the upper echelons of bot design, your bot should be equal parts function and entertainment, which brings us to the next point.

When was the last time you actually spoke to Siri? Was it ever an enjoyable experience? Siri might be considered an “advanced” personal assistant, but her limitations are pretty obvious from the get go. She’s not one of the world’s great chatbots; she’s not even a chatbot. On the other hand, a great bot knows how to keep the user entertained, even while giving clear and concise information in return.

The Albert Einstein Genius chatbot offered users a unique experience; a chance to learn while having fun chatting with one of the top minds of the 20th century. Genius kept the character Einstein consistent with what users already knew about the famed scientist. But the element of interaction allowed them to go beyond feeling like they’re simply reading a Wikipedia article of his greatest accomplishments. The best bot experiences manage to seamlessly merge education with an element of fun; just like the best human teachers often do.

Great chatbots make you Come Back For More

If you’ve managed to incorporate all of the above into your chatbot, you’re probably doing pretty well. Your users are having a fun and engaging conversation, without feeling like they’re wasting their time talking to a bot. The final quality that separates the best bots from the rest of the crowd is whether or not it can stand up to repeated visits. If you don’t have enough content for a user to come back several times and hold different conversations, it will be all too obvious that they’re spending their time talking to a bot with canned responses. Bots that are built on a unique corpus of responses facilitate repeat visits. A good, steady bot designed for repeat visits must have a permanent bot master who keeps the content fresh and relevant as time passes.

Finally, the most important point. As stated above, very little progress has been made in conversational technology in the last 20 years, and very few bots today live up to these principles. The main reason for this stagnation is the utter lack of code sharing and collaboration in the conversational space. All the (few) bots that perform reasonably well were developed from scratch using proprietary technology.

Nobody every used a conversation script, originally designed for another bot. Here at CoCo, we believe reusability is a crucial part of designing bots, which is why the CoCo’s (Conversational Components) we offer on the CoCo Marketplace are intentionally and interlingually reusable. When you don’t have to spend time coming up with the basic elements that should be present in every bot, you have more time to work on your particular use case – and try to create great chatbots.

Most bots today haven’t evolved very much from Joseph Weizanbaum’s “Eliza”. This “mechanical therapist” answered each input with a question requesting clarifications, like “how does that make you feel?” The technology consisted of a fixed set of response templates, which were triggered by keywords in the input. Each user input received a new, corresponding response. Today’s Siri and Alexa are not all that different. They too can handle single-turn exchanges, sometimes augmented by a second, follow-up turn. A modern day Eliza.

How to build a 4-turn convo?
“In the right context, humor is very effective”
Conversational AI: Basic Terminology

Most of what we’ve learned here at CoCo in the last several years has come through our extensive experience in building multi-turn, context-sensitive great chatbots. Now, we want to share our knowledge. As such, we’re building reusable conversational components that all developers and conversation designers can implement to streamline the bot building process. These components are intended to form the basis of the Marketplace; That’s where other bot-makers and conversation designers can post and sell their own dialogue units. The bots of the future can then use these components easily; meaning, without the need to develop each piece of their conversational flow from scratch.

Do you have what it takes?

Think you have what it takes to build a great bot? We’re offering the chance to win $5000 to do just that. All you have to do is register for the competition taking place on December 10 in Berlin; Then, design a bot using one of our CoCos for a shot at taking home first prize. For more information, head over to the competition website.

All great chatbots have just a few things in common, but whether your bot personality is snarky or stiff, there’s room for a lot of creativity between the lines.

You might even call it The Art Of Conversation. 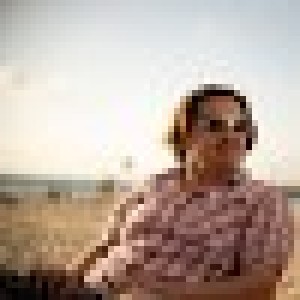 Jason Fredric Gilbert is the lead conversation designer for CoCo. He's a multiple award winning conversation designer with credits including some of the world's most entertaining chatbots. His chatbot 'AnnA The Companionship Bot' won third place for most human-like at the 2019 Loebner competition ||| Contact him via email - jason@a-i.com
All Posts »
PrevPreviousThe Lost Art of Conversation
NextWhat is the Perfect Bot?Next